Geoinformatics Center organized two days of workshop on 30th and 31st January 2017 on the “Introductory Workshop on Mapping with UAVs”. A total of 21 students who are enrolled in Master’s and Doctoral from the diverse field of study including Remote Sensing and GIS; Mechatronics; Computer Science; Agriculture Systems and Engineering; Disaster Preparedness, Mitigation, and Management; Regional and Rural Development Planning, etc. participated in the workshop.

The purpose of the training was to increase the UAV literate in AIT. The training aims to serve as knowledge sharing, among diverse background, gained through various projects and activities conducted in GIC. It was expressed that based on the comments and suggestions received through this training program, a more professional as well as theme-based training shall be organized in the future.

“It was a fun, informative and great session. I am looking to use the drone in the agriculture study. Currently, we have some instruments in the lab but all of them are terrestrial. The possibility with drone looks promising”, said one participant from the Agriculture Systems and Engineering.

The 2 days workshop was divided as the first day of theory and the second day of field work. The first day of training was again scheduled as the first half of introduction to UAV and the second half of the introduction to photogrammetry. The second day was discussions on the practical know-how on various aspects to be considered before going to the field, during the field, and after the field.

Introduction to the UAV, Unmanned Aerial System (UAS), types of UAV, choice of UAV and camera and sensors for different kind of applications, map products and outputs from UAV, along with various projects and use cases around the world were discussed during the workshop. In addition to that, some insights on making the 2D and 3D map from images, basic science behind drone, setting up control points and flight planning were few more topics that were discussed during the workshop. 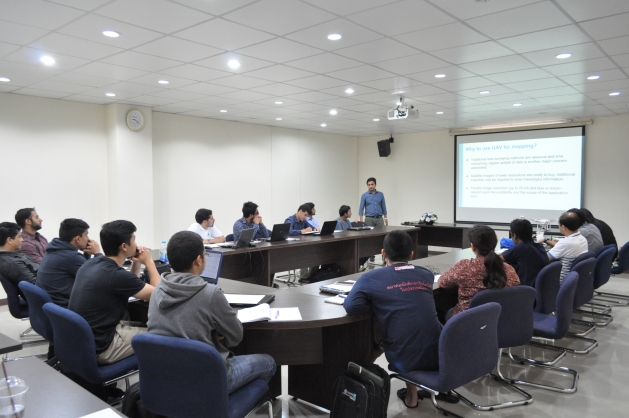 The demonstration and hands-on were done using the DJI Phantom 3 Professional available at the Geoinformatics Center.

Here’s the picture based summary of the 2 days workshop. 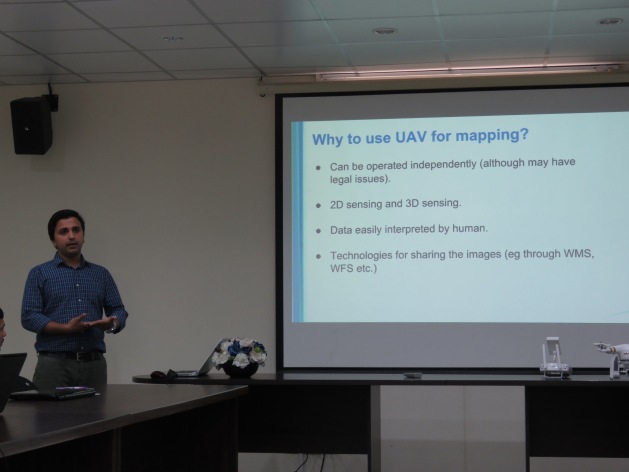 The program kicked off with a little background on the purpose of the UAV Workshop, followed by the Introduction to UAV. 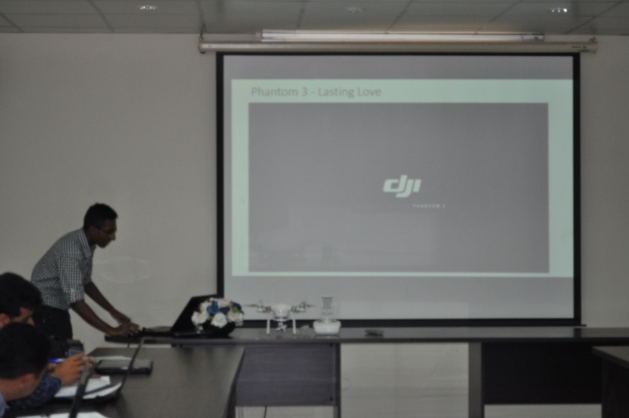 My colleague Sasanka was excited to present the principles of Photogrammetry applied on the UAV. 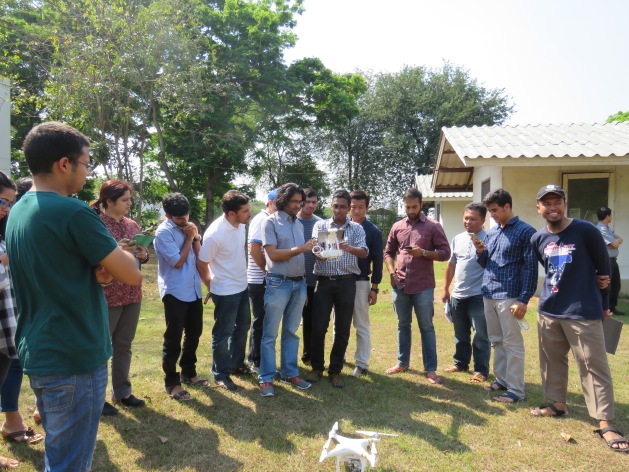 Hands-on with DJI Go on the various features. For more than 95%, it was the first time encounter with the Drone. 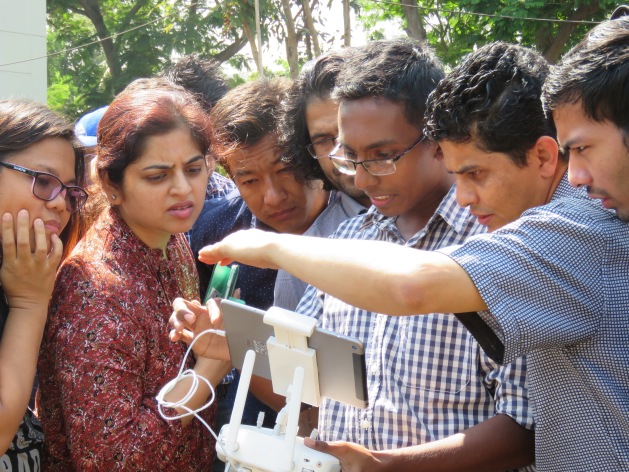 Everyone was super excited to see such a  robust technology that has a huge potential. Students from RS/GIS, particularly, were already talking about using the drone technology in their coursework as well as in the thesis in one form or other. 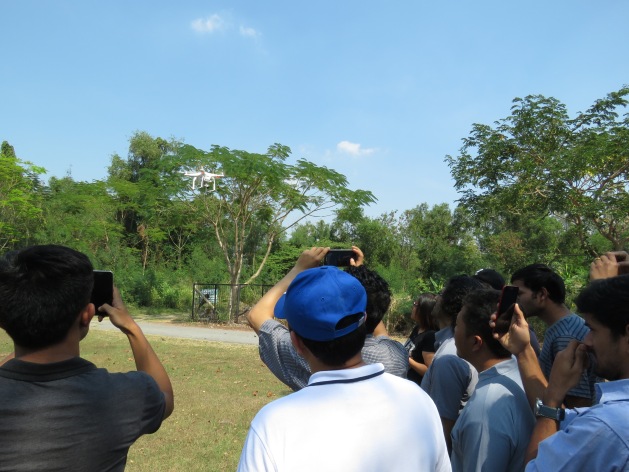 Smooth landing can be difficult, particularly when you are beginning flying the drone. A ground target was used as the landing zone. 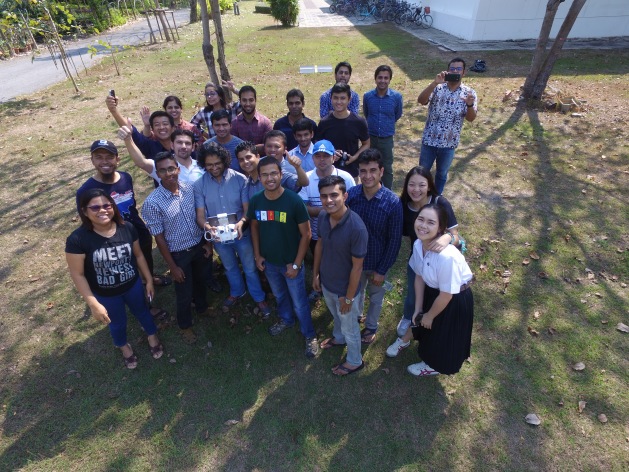 A selfie with the drone is all we need to conclude the hands-on. Loving to pose for #dronefie 🙂 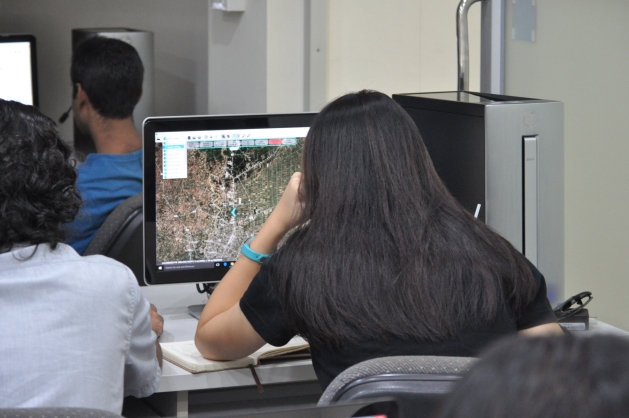 After going through various points to consider for the flight planning, the ebee emotion was used to do the practical. 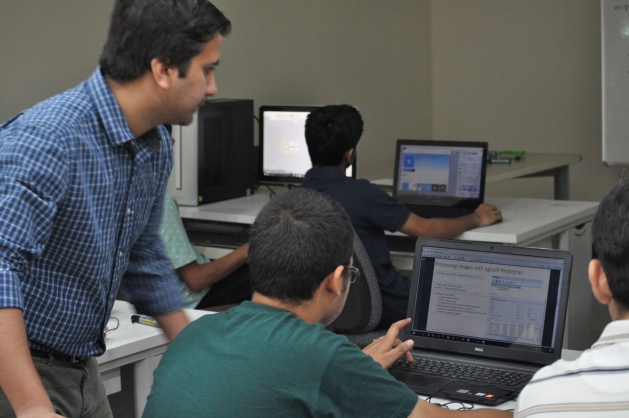 The AgiSoft Photoscan was used to do the post processing of the images. The ground control points were already established and the coordinates were calculated before the start of the training. Thanks to Sasanka and his team. 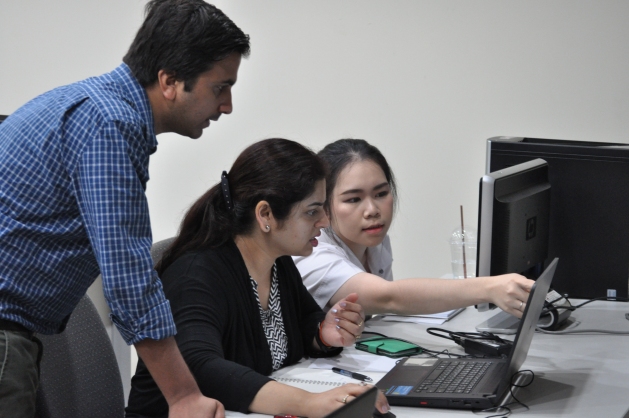 Pimnipa Thanupran “Mayb” (R) is new intern at GIC. She was excited to have learned new technology. Shweta Sinha (M) is the Ph.D. candidate at RS/GIS Field of Study in AIT. She is doing her Ph.D. in crop insurance. She thinks the use of drone technology can be an added boon. I am looking forward to helping her. 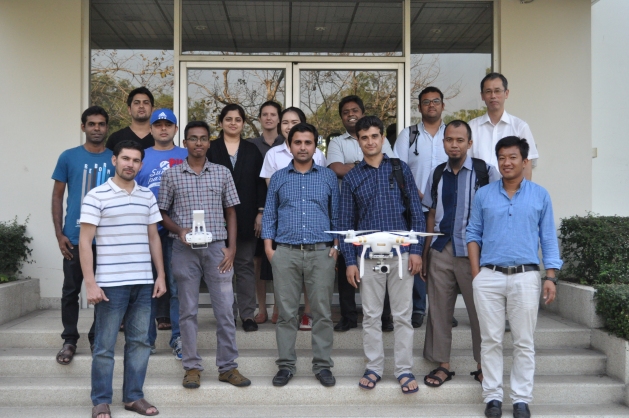 The closing with a group photo with drone hovering.

We would like to express our deepest gratitude to all the trainees, friends and colleagues without whom this training would not be successful. We are very thankful for all the suggestions and comments that were provided. We will leave no stone unturned in the upcoming training and workshops. Thank you all 🙂

Hosting Django for Production in the Ubuntu server